In response to the BC forestry crisis, the NDP government announced $69 million in funding for job retraining and relief. The funds for this program come partially from the existing Rural Dividend Fund, which has been suspended. The Rural Dividend was a $25 million promise to smaller and medium-sized towns and cities in BC to “strengthen and diversify their local economies.” Eligible projects ranged from skills training to infrastructure to strategic planning. The BC government website states that the Rural Dividend program is “suspended until further notice in order to support workers and communities in the Interior.” 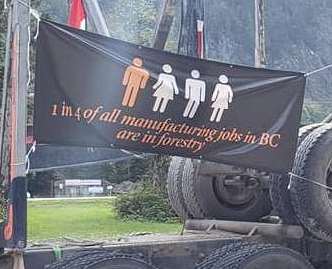 Mayor Walt Cobb of Williams Lake denounced the proposal saying, “They’re robbing Peter to pay Paul.” He expressed the disappointment of those in the city who had applied for a $500,000 rural dividend grant to build a water treatment plant. Cobb said the money Williams Lake is eligible for through the new forestry program pales in comparison to what would have been available from the rural dividend.

The situation underlines the fact that the cartel parties once in power function as managers for the financial oligarchy. Within that framework, they allocate public funds at their discretion. “Robbing Peter to pay Paul,” as happened in the case in BC occurs also when cartel party governments cut social programs and public services to channel funds to big corporations in pay the rich schemes.

Democratic renewal is the order of the day. Canada needs a modern constitution that guarantees the rights of all, vests decision-making power in the people, not the rich, and establishes equality in nation to nation relations with Quebec and the Indigenous peoples.

(With files from TML correspondents, CBC News, BC Government website)