Canadian Voice of Women for Peace, the Parkdale Free School and others held a two-hour protest at the Canadian National Exhibition in Toronto on August 31 to oppose the use of the CNE to promote war and militarism in Canada. They called for an end to the Canadian International Air Show which highlights U.S. and Canadian fighter jets which have been used by Canada to wage war on other nations. For example, on display was the CF 18 jet that was used, in violation of international law, to bomb Libya in 2011 as well as Syria and Iraq from 2014 to the present. The USAF A-10 was also on display that bombed Iraq and was used in the NATO war of aggression against Yugoslavia. 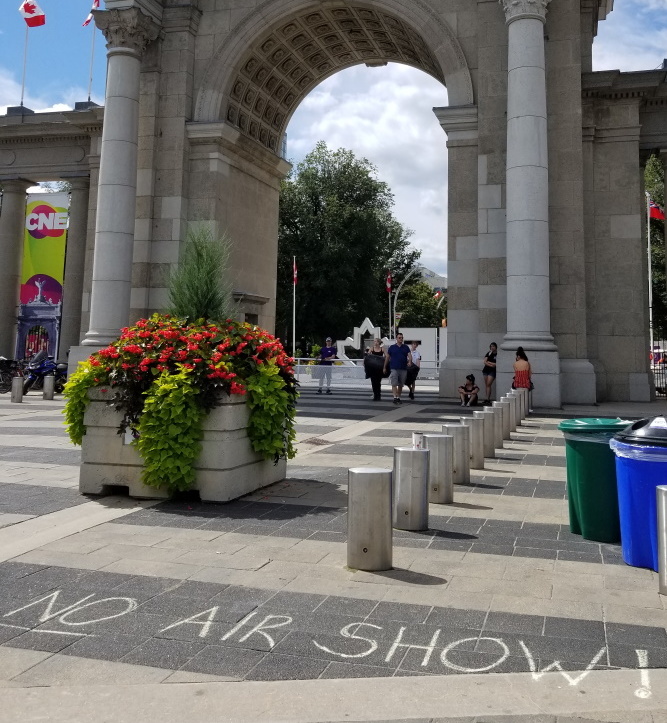 The protesters carried signs and chalked slogans on the sidewalk leading to the CNE grounds: Fighter Jets Are Bad for Climate and People, Air Shows Lead to Air Wars, No Militarized Entertainment, Ground the Air Show and others.

For two weeks the Department of National Defence has been recruiting on the CNE grounds. Families are invited to “play with” and examine the jets and guns. Various cut outs are provided as a prop to take photographs. Throughout the recruitment area the hashtag “We are NATO” was displayed.

The organizers reported that quite a few people stopped and engaged with the protesters and expressed support for their action. A decision was taken by the protesters to bring more people to the action next year to oppose the presentation of the instruments of war and death by the Canadian state as “family entertainment” and to expose the increasing militarization of Canadian life. 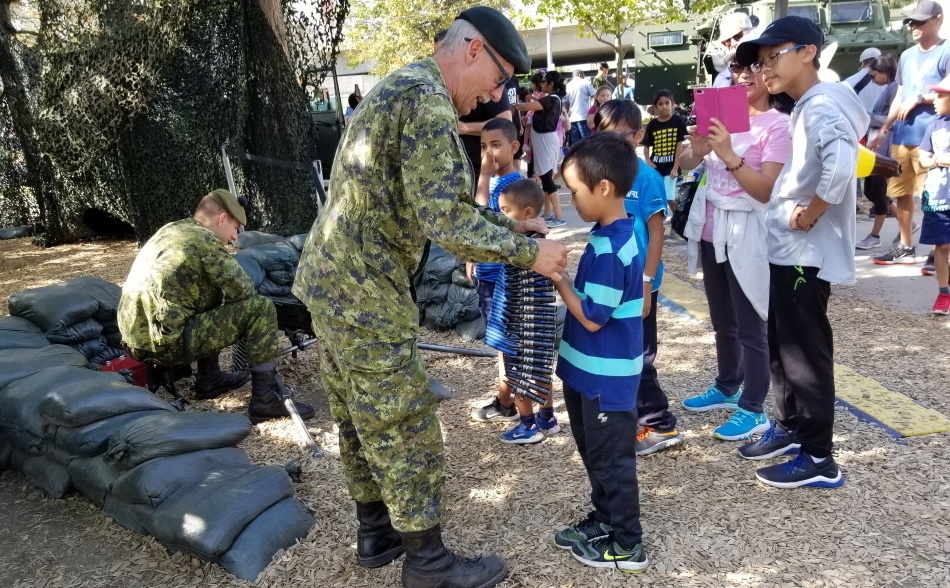 Department of National Defence interactive displays at the CNE encourage children and youth to take up imperialist war and aggression.

Article Link:
Protest Opposes Use of the Canadian National Exhibition to Promote War and Militarism