In the News March 19

One Humanity, One Struggle!

Racism is increasing. Some protestors brought Nazi symbols and anti-Semitic and racist images to Freedom Convoy events. The Migrant Workers Alliance for Change launched a reporting tool to track discrimination and it was over-run with vile and violent messages. 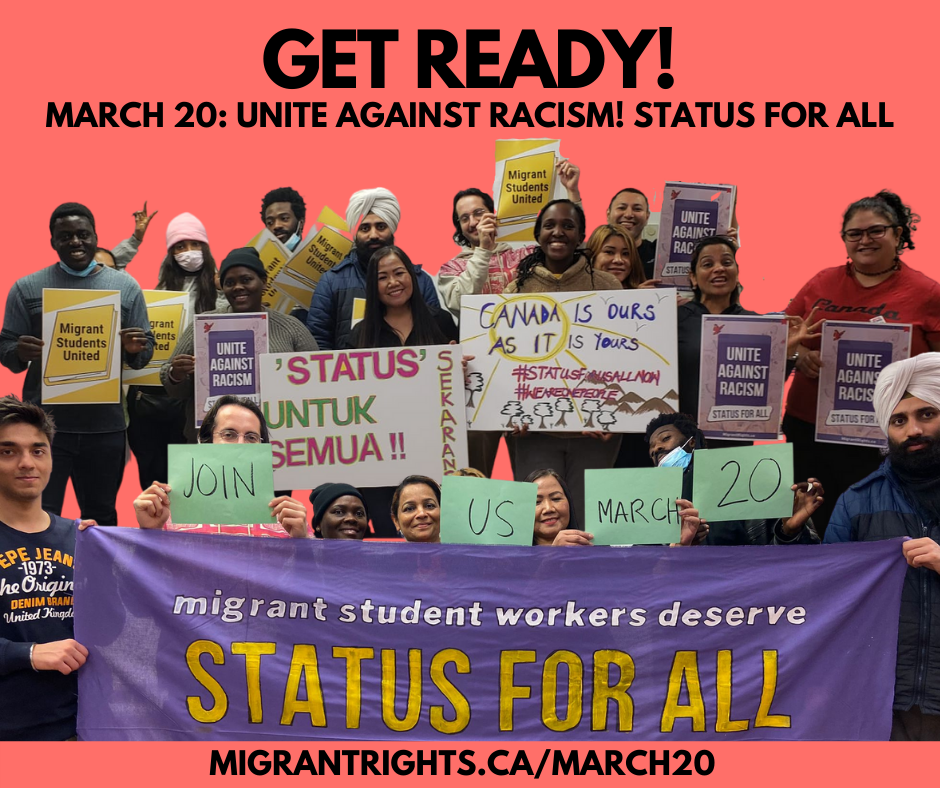 Canada made the right decision to issue two year permits to Ukrainian refugees, but racialized non-Ukrainian citizens who are refugees, as well as asylum seekers from countries in the Global South with mostly racialized people do not have the same access.

There are over 1.6 million migrants (residents without permanent resident status) in Canada, equivalent to one in 23 residents.

As a result, many are excluded from health care and social services and cannot unite with their families. Lack of permanent resident status makes it difficult, and often impossible, for migrants to speak up for their rights at work or access services, including those they may be eligible for, because of a well-founded fear of reprisals, termination, eviction and deportation.

Thousands of migrant workers, refugees, students and undocumented people lost their lives and livelihoods in COVID-19. At one point, migrant farmworkers were five times more likely to get COVID-19 than healthcare workers.

Canada created the “Guardian Angels” program for some refugee and undocumented health care workers, which expired in August 2020. The Temporary Resident to Permanent Resident (TR to PR) program was created in May 2021, which expired in November. These programs excluded the majority of racialized, low-waged migrants. No permanent changes have been made to ensure immigration rights.