On the Significance of the
Name and Work of Karl Marx 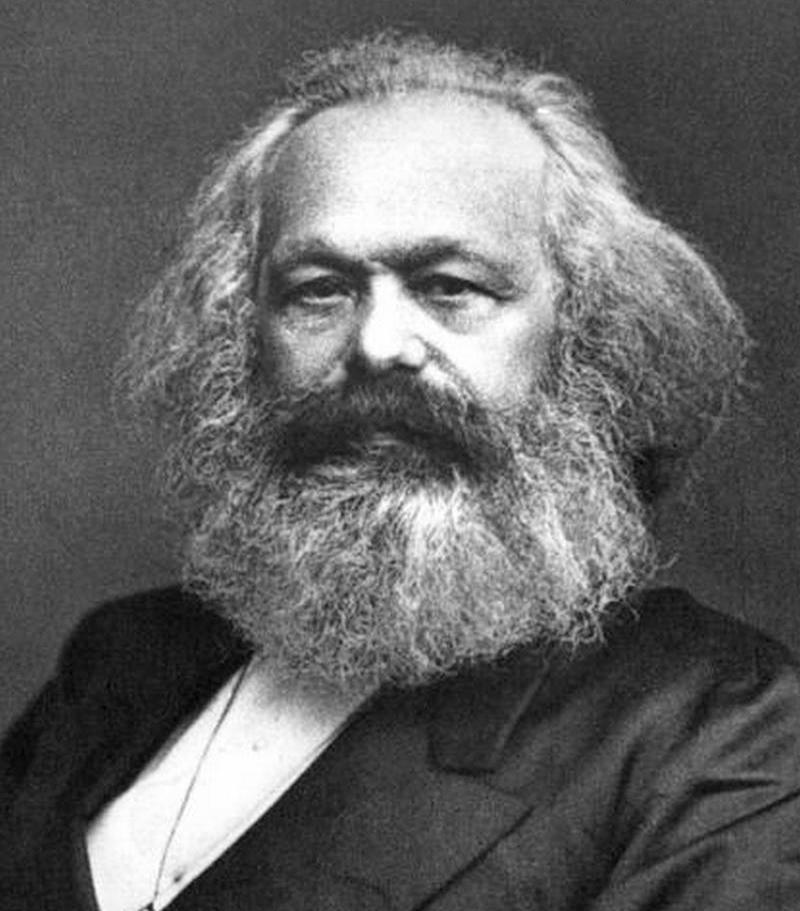 The example and work of Karl Marx are of paramount importance for the international working class movement. Humankind will always look towards the life and work of this man of genius, teacher and leader of the proletariat, with great revolutionary admiration and gratitude. The Communist Party of Canada (Marxist-Leninist) remains loyal to the ideas of Karl Marx which, through their constant development and enrichment, have become the treasury of Marxism-Leninism, the unerring theoretical base of the revolutionary practice of any communist party worthy of the name. 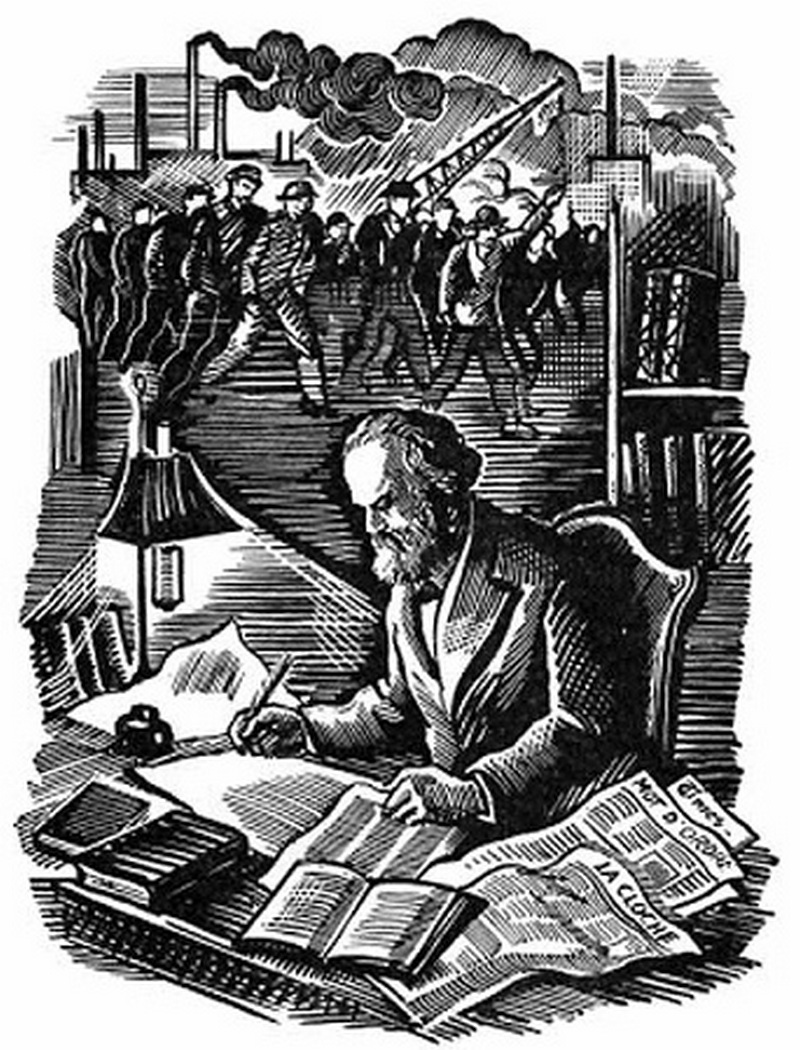 Many recognize Marxism as a guide to action. Others claim to be Marxists but are in fact apologists of capitalism and the neo-liberal world order. They see in the global economic crisis and other crises in which the world is mired, nothing but crisis or opportunities to further their own self-serving interests. They do not see, nor do they want to see, the way forward revealed by phenomena that come into being and pass away. They do not see and do not want to see that the class struggle, which is sharpening in the midst of the crisis, is leading towards the creation of a new historical epoch based on abolishing the exploitation of persons by persons and all its attendant anarchy, oppression, poverty, insecurity and wars.

The Communist Party of Canada (Marxist-Leninist) bases itself on Marxist ideas because they reflect the objective laws of social development. They are a guide to the working class in its struggle for emancipation, a great inspiration and a vital spiritual force for the working class to accomplish its aims. Not only do they reflect the laws of social development, they are also a great material force to change the world. As the class struggle becomes more acute and the class and national contradictions sharpen, these ideas continue to be taken up by an ever greater number of people. They are being further developed and enriched in the course of revolutionary practice.

The question of the outcome of the class struggle and the leading role of the working class in revolution constitutes one of the fundamental questions of Marxism and revolutionary strategy. “The main thing in the doctrine of Marx is that it brings out the historic role of the proletariat as the builder of a Socialist society,” the great Marxist V.I. Lenin pointed out.[1] He stressed that it is always important to ascertain “which class stands at the hub of one epoch or another, determining its main content, the main direction of its development, the main characteristics of the historical situation in that epoch, etc.”

“[…] as to myself, no credit is due to me for discovering the existence of classes in modern society or the struggle between them. Long before me, bourgeois historians had described the historical development of this class struggle and bourgeois economists the economic anatomy of the classes. What I did that was new was to prove: 1) that the existence of classes is only bound up with particular historical phases in the development of production, 2) that the class struggle necessarily leads to the dictatorship of the proletariat, 3) that this dictatorship itself only constitutes the transition to the abolition of all classes and to a classless society.”[2]

Lenin described the negation of the idea of the leading role of the working class in the revolutionary movement as the most vulgar expression of reformism. Putting the working class at the centre of our epoch, he described the main content of this epoch as the transition of the world from capitalism to socialism and the main character of the revolution as proletarian.

Marx’s assertion that capitalism not only gave rise to the bourgeoisie but also to the working class, which is its gravedigger, is crucial to opening a path for society to progress. It recognizes that the working class is such an historical material force because it is in its interest to end all exploitation of persons by persons and, in so doing, it puts an end to all backwardness, all darkness and ignorance, and ushers in an entirely new stage in the development of the society, the highest advance of the high road of civilization, bringing into being the new epoch of history.

What distinguishes the Marxist-Leninists from all the other social forces in the society is their aims, which they hold high under all conditions and circumstances. These aims arise out of the very conditions of the society. They are the conscious expression of where the society is headed. The work of the Marxist-Leninist Party is to imbue the working class with these aims, which it does in a practical way. This makes the working class a conscious fighter for its own emancipation and the emancipation of the society as a whole and all humankind.

CPC(M-L) proceeds from the real motion which is taking place in the society. It neither exaggerates nor belittles an aspect or feature of the present-day situation. It strives to take into account all of the factors which are operating — ignoring neither the objective nor the subjective side of the movement; neither the role of the conscious factor, the Party and its theory, Contemporary Marxist-Leninist Thought, nor the role of the masses of people as the makers of history.

Hardial Bains, the founder and leader of our Party until his untimely death in 1997, pointed out:

“Karl Marx discovered the law of motion of the society and the specific law of motion of the capitalist mode of production. It is because of the operation of these laws that motion has also been created in the sphere of ideas, science and theory. At the time the society split up into the two irreconcilable classes — the bourgeoisie and the proletariat — the entire tradition of science and enlightenment went to that class, the proletariat, whose interest it is to end all conditions of exploitation of persons by persons. Because of the mission which befalls it, the proletariat is the only class which is not prejudiced. Science needs such a condition in order to advance.

“It is the discoveries of Karl Marx which provided the class with consciousness, showed it its aim based on the direction of the class struggle, the direction in which the society is headed, and how to get there. But Karl Marx was first and foremost a revolutionist. The science which he gave rise to has both proletarian partisanship and revolutionary character and thus it is of no use to the bourgeoisie. To be a scientist, to be revolutionist, it is necessary to be the continuer of the road on which stands the glorious name of Karl Marx, the road of the victory of the highest ideals of humankind.”[3]

Today, the name and work of Karl Marx live on in the hearts and minds of millions who aspire to build the New, a society in which all humans will flourish. Those who wish to organize the working class to take up its leading role in building that society must use Marxism as a guide to action. 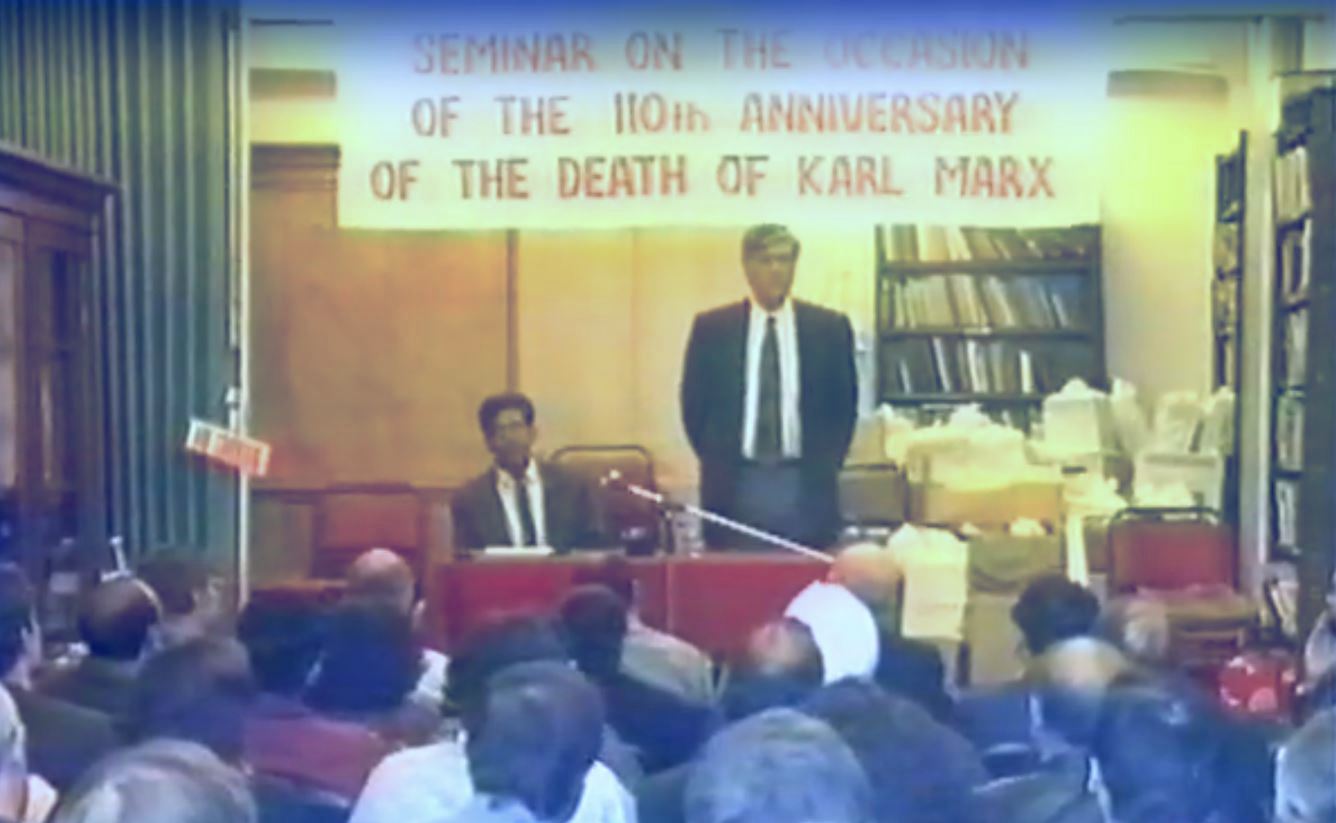 Hardial Bains speaking at the Seminar on the Occasion of the 110th Anniversary of the Death of Karl Marx” held at the Marx Memorial Library in London on September 5, 1993.

3. Hardial Bains, “The Necessity for the Mass Party Press,” Speech at the Scientific Session on the Fifteen Years of the Party Press, September 1, 1985, A Week of Celebrations, (Toronto: MELS, 1985).